Oh my! It is a windy weekend!

Grab some cookies! They’re from my friend she started a little cookie shop and we’ve been ordering stuff from her to support her business.

If we were having coffee…where would I begin…

Update on my brother-in-law: This week we were pushing him to go look for a job. We’ve referred him to contacts he could reach out…but really, that was months ago and that was before he moved in. At the time we were hoping he would have a job lined up by the time he moved his stuff here but it’s been almost seven months and the effort has been a barely a baby step. Every week my husband would bird-dog him to reach out to his contacts, and as of this week he reached out to one contact. I recalled months ago he took home a flier from a job agency hiring for people in his line of work. He never reached out to them. My husband and I have been unemployed at some point in our lives, we spent our days looking for work whether it was applying, resume polishing, networking, volunteering, and skill building.

Who knew that quitting cigarettes was going to be the lower hanging fruit for him? I really thought it was going to turn around, but it quickly is becoming regression. On Friday, my brother-in-law went back to his old home even though he said two weeks ago he was going to stop because we told him this constant back-and-forth was impeding his progress. My husband suspects that he just wants to weasel out of job hunting.

Speaking of job, I was thinking about my next career move. I love my job and I am incredibly lucky to have on-site daycare at work and people enjoy working with. I was thinking about my career around three to five years into the future when Lana is about to start elementary school, maybe it would best to work somewhere closer to home. I have been browsing around but not seriously looking for the time being. I hope for a best case scenario where I transfer to a different office with a promotion so I could stay with the same employer. The hard parts about leaving my current employer are the people and the benefits which is why I am trying really hard to stay in part of that family. Plus, I see myself growing there professionally.

For the #read21in21 challenge, I thought it would be fun to explore different themes each month to help me figure out what to read next. I have a large to-be-read pile, but I can be so indecisive what to read next. Maybe compartmentalizing my pile into different themes could make it manageable. Last month I had no theme, it was about getting started with reading. This month in observance of Black History Month, I wanted to explore my next reads on books written by Black authors. Here is what I am currently reading:

Also to help with my next reads, Overdrive, the app that allows me to borrow books from my local library facilitates a national book club called Together We Read. For two weeks of the month a book is available for download with no waitlist. They have discussion questions to help facilitate a book club and a discussion board.

Oh yes, I am the type of person that has many current reads happening at one time.

Join my “Eat Around the World” challenge!

A monthly photo/writing challenge combining the love for food and travel. Share a dish based on the featured monthly prompt. The prompt could be around a particular dish, an ingredient, or a tool. June's theme is "Wedding Cake...and other Celebratory Treats." 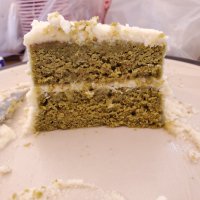 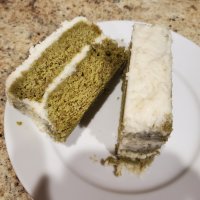