A monthly photo/writing challenge combining the love for food and travel. Share a dish based on the featured monthly prompt. The prompt could be around a particular dish, an ingredient, or a tool. October’s theme is Candy. Upcoming EAW challenges: 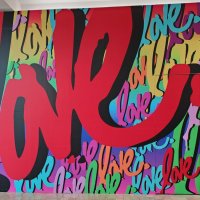 Also at the time, I was working my first professional job, I was not making a lot of money that allowed me to travel and visit my friends. I did not even have any funds to afford myself to own a car! The same also applied to a lot of my friends. To give this period more context: we graduated from college in 2009 around the time of the Great Recession. A lot of my friends were either unemployed, under-employed, or about to apply to school.

I thought sending Mocha around was like an extension of myself. My friends would take her around their hometown or their vacations and send me back pictures.

I would like to shout-out to my boyfriend at the time (now husband) for sparking this idea. He told me a story about how his 3rd class did a project where they would send their teddy bears to their pen friends. Their pen friends would write and send pictures of all the things the teddy bear did. Unfortunately, my husband did not participate in the project because he did not have a teddy bear. His parents were not able to buy him one. This story actually made me want to go out and buy a teddy bear and start this project. 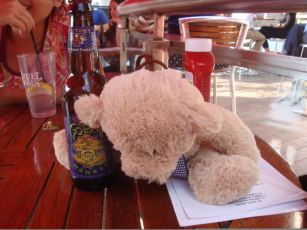 Mocha also like the drive. Not pictured here is Mocha driving in a race car in Willow Springs (Rosamond, CA).

I had a scare when I almost lost Mocha a few years back. I was trying to send her to China only to have her return three months later. My friend from China never received her and I did not want to attempt to re-send Mocha to China.

We’ve taken Mocha around ourselves… 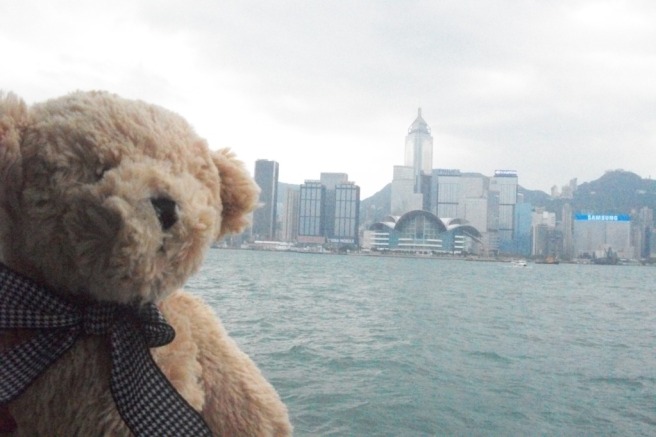 That was a missed opportunity when my husband forgot to bring her to Istanbul a couple of months back for work. Maybe taking the teddy bear around would have motivated him to do some sightseeing rather than work, work, work.

Our miniature schnauzer, Teddy, one time took Mocha and placed her in the yard. Now Mocha lives in a higher part of the shelf where Teddy can’t get her.

A few years ago when I was in Ho Chi Minh City, my travel mate brought her stuffed lion with her and took pictures of landmarks. She said the stuffed lion and pictures were going to be gifts for her friend’s baby since she won’t be home in time for the baby’s arrival. That’s a nice idea. I would love to pass down Mocha to my future kid. Behind the bear are stories and places she’s been.

If you’re interested in hosting Mocha, please let me know via the comments or the Contact Page. I’ll offer to feature your post in my “Travel Tuesday” series!

Who else is doing the challenge?

Interested in participating in the Weekly Travel Blogging Challenge? Feel free to make your own today!