A monthly photo/writing challenge combining the love for food and travel. Share a dish based on the featured monthly prompt. The prompt could be around a particular dish, an ingredient, or a tool. September’s theme is Apples. Upcoming EAW challenges: 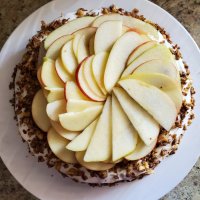 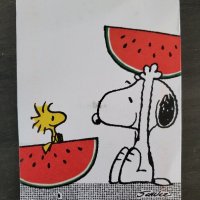 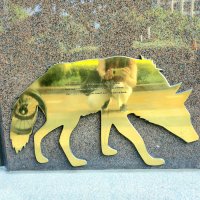 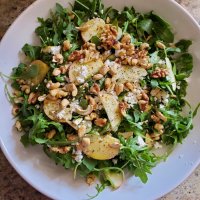 The ingredient of August will be tomatoes!!! I apologize for the late post. My writing has been slow lately. My husband is out of town for two weeks. When he left for training, my daughter was sick for a good part of the week and now I’m fighting the sniffles. I am so thankful I have my parents living near by where they could watch her while I went to work though the commute was twice as long. I’m surprised I was able to even squeeze in some writing this past week.

Anyway, I chose tomatoes for August because I want some excuse to make some good gazpacho. The gazpacho I’ve attempted to make in the past has tasted somewhat off…maybe there was too much bread or maybe it was too acidic. Maybe I have not found the right gazpacho recipe. I’m still willing to look around because people rave so much about gazpacho. Plus it’s appropriate for the summer time because it’s too darn hot for ramen, pho, and chicken noodle soup.

I think unlike the past “Eat Around the World” challenges I’ve done, there will be more home cooking this month. That means I got to do better with plating and presentation for the blog ;-).

Anyways, I got around to making this tomato galette. It was all made possible because my sister watched my daughter while I get to prepare the pastry dough, chop the tomatoes and garlic, and grate the cheese. Thank you sister for watching Lana so we can have dinner! I got the galette recipe from Epicurious by Andy Baraghani. This is the first time I’ve successfully made any pastry dough. Other key takeaways from this recipe:

I’m so happy how this galette turned out. It was like a rustic deep dish pizza!

Anyways, what is your favorite tomato-based dish? As always, you don’t have to be a homecook participate, it could your favorite tomato dish at a restaurant. Or do you have a garden and you would like to show off the tomatoes you’ve been growing from your balcony. My favorite thing about tomatoes is the variety — there’s so many kinds!

July recap: I wanted to do a shoutout to Liz from One Million Photographs for participating in July’s EAW challenge. She made this lovely blackberry sorbet. Plus I notice she does quite a bit of homecooking too. I’ve actually never made sorbets and they definitely do not require an ice cream maker. As always I am on the lookout for new ice treats especially when there’s not enough room for my ice cream maker.

“Eat around the World“ is a monthly writing/photography challenge where I invite people to share a dish around a theme, ingredient, or technique. The theme for August is tomatoes.  All themes are open to interpretation. Cooking skills are not required to participate. To participate you could either share your post in the comment box, pingback to this post, or tag “Eat Around the World.” Deadline is August 30th.

13 thoughts on “Tomatoes around the world”